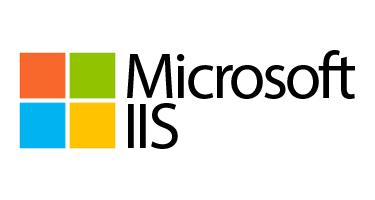 Here is the situation. I’m running an internal IIS server with a simple website and an FTP website on Windows Server 2008 R2. Of course, Windows Server 2008 is End of Service so we need to migrate the server to a new supported server. Unfortunately, the FTP server contains allot of folders and files with the necessary configurations and permissions. While there are some websites explaining this process, most of them are outdated or are missing some extra information to help you in the process. So, for this reason I found it interesting to write a small tutorial.

First, start by installing the “Web Deploy 3”-tool of Microsoft on both servers. Unfortunately, this is mandatory and I could not find a way to do it without this tool. The latest version I could find was 3.6 from 2017 and can be found on the website of Microsoft.

Once installed, you can find the command msdeploy under the folder: c:\Program Files\IIS\Microsoft Web Deploy V3

On the source server:

Simply compare both files and make sure you have installed all required roles and features from IIS on the destination server. Be careful in case the server is in production. Again, I have performed this task first on a test VM in Azure. Also look out for dependencies that might have shifted a row lower or higher.

Make a backup of original config on Destination Server

⚠ Important: if the migration should fail, you can perform a rollback with these files. So, it is important to have this kind of backup. During my test deployment I initially broke the installation and forgot to back up the original config.

Let’s start the migration. First perform an export of the full website on the source server. An encryption password is mandatory in this case and to keep it easy I used MyPassKey. I also redirect the output to a log file as this command generated ALLOT of output.

On the source server:

After the export is finished, it’s best to check the log file for any errors and fix them if needed.

While it is not recommended, you can make some setting changes to the website package by modifying the archive.xml file inside the package. In my case I needed to change some binding settings, so I extracted the archive.xml file, did the changes and added the file again to the zip-file. Again, I can’t point out how important it is to first perform the migration on a test VM.

Optional: Perform a dry run on the Destination Server

You can perform a dry run easily with the -whatif parameter.

Assuming you couldn’t find any breaking errors in the log file, you can simply import the package on the destination server by removing the -whatif parameter from the command.

And that’s it. You should now have successfully migrated an IIS website.